STUDY AFRICAN WILDLIFE AND ECOSYSTEMS, AND GET AN OFFICIAL GUIDING QUALIFICATION

Are you interested in learning all about the African bush, and getting an official guiding qualification? Join us for this exciting field guiding course in Zimbabwe; a country that lends itself perfectly for studying African wildlife and their habitat. During this 60-day course, you’ll stay in three different nature reserves, all with their unique wildlife-rich ecosystems; Hwange National Park, Bubiana Conservancy, and Victoria Falls. These wilderness areas offers stunning encounters with a wealth of wildlife, including the Big Five; lion, leopard, elephant, rhino, and buffalo.

The course offers a healthy balance of theoretical learning and practical field experience, and you’ll study animal identification and tracking, the different African ecological environments, and animal behaviourism. You’ll also learn about conservation management, and you’ll learn basic survival skills. It’s a fully comprehensive learning experience in the most stunning natural environment. At the end of the course, you’ll receive an official FGASA  (Field Guide Association Southern Africa) qualification, which can be the start of an exciting guiding career in the African bush. Apply now for this unique African field guiding course!

This course is the first of its kind in Zimbabwe. You’ll be guided by a team of professional guides and field experts, and all logistics will be taken care of. It’s a fully inclusive 60-day program that will take you to some of the best wilderness areas on the African continent.

After completing the course, you’ll receive an official FGASA qualification. The Field Guides Association of Southern Africa (FGASA) is a professional authority, which sets the regulatory standards on safari guiding education and practice throughout the safari industry in Southern Africa.

This guiding course is FGASA-certified and covers all the required modules;

In addition, we offer the following optional modules:

Hwange National Park
Hwange is the oldest and largest national park in the country (it’s the size of Belgium!), and it offers brilliant wildlife viewing. It has over 100 species of animals, and it’s particularly well-knows for its large herds of elephants and its large lion population. We’ll be spending our time in a private concession that borders the park, which means we have the freedom to drive off road, to do bush walks, and to take night drives when we want to. It’s paradise for a guiding course.

Bubiana Conservancy
Bubiana Conservancy is particularly known for its dense leopard population, its unique landscapes of large rocks, hidden caves, and granite outcrops. We’ll have access to the reserve at night, which will give us the opportunity to practice identifying the various night noises and spot lighting techniques.

Victoria Falls
We’ll also spend part of the course in a 2000-hectares of private wildlife concession that forms part of an unfenced regional conservation area. Not only does this offer us another habitat to study, it also provides the opportunity to observe and study the tourism industry, as the nearby Victoria Falls are a major tourism hot spot. We’ll be able learn about the tourism industry in its entirety, and to appreciate where and how guiding fits into this.

In all three national parks, you’ll stay in basic but comfortable tented camps. You’ll share a tent with one other person. (There are upgrade options available in some of the locations; please enquire about the details.)

What you are paying for:

”I feel that Roots is the unsung hero of my entire experience here. They have put in an incredible amount of work to make sure that all of the interns are prepared and made to feel comfortable during their time in Africa. They are constantly there to listen to our needs and will go beyond to make sure that whatever problems arise are dealt with. I have had the most incredible experience and none of it would have been possible without Roots, so thank you! If you’re ready to apply for this course, here’s what to do:

Or if you’d just like to ask us some questions about this course first, just fill in the contact form on the right. We’ll be happy to assist! Combine your love for storytelling and wildlife conservation. 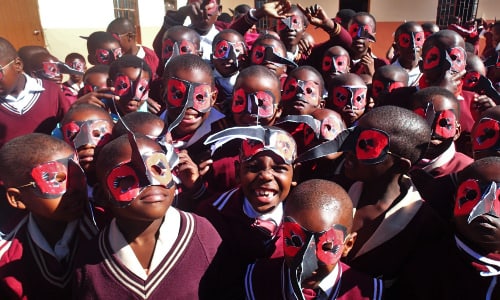